National Pavement Expo West, which has been held in Las Vegas for the last 10 years, will undergo a major overhaul for the 2011 show, according to Amy Schwandt, publisher of Pavement Maintenance & Reconstruction.

In addition to a move to San Diego’s Town & Country Resort, NPE West has been renamed Pavement Live,  will be extended one day and will include an opportunity for exhibitors to conduct live demonstrations of their equipment. The 2011 event will be held Wednesday, Nov. 30 – Saturday, Dec. 3.

“Live demonstrations are an exciting element we’ve tried to include in recent years but the Las Vegas location made that difficult,” Schwandt said. “Part of the reason we’ve moved Pavement Live to San Diego is we can provide exhibitors an opportunity to demonstrate their equipment, and we’re looking forward to being the only industry trade show that offers the excitement of live demonstrations.” 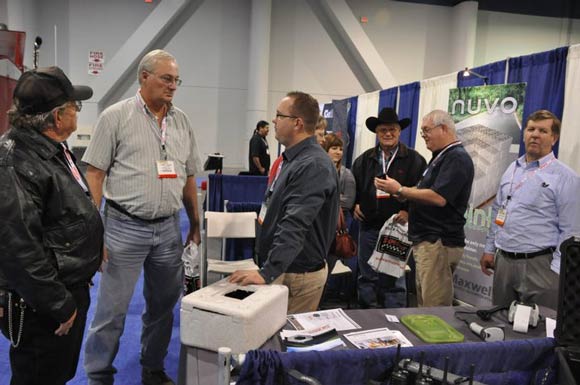 She said that as exhibitors signup to conduct live demonstrations they will be announced on the facebook page of Pavement magazine (www.facebook.com/PavementMagazine). “So anyone who wants to be the first to know the new name should ‘like’ Pavement on Facebook,” Schwandt said. “We’ve already been announcing speakers there and it wouldn’t surprise me to see a special offer for Pavement’s Facebook fans.”

She said that in addition to adding live demonstrations, one of the advantages of adding a full day to the show is the expansion of the conference program. In recent years NPE West has offered 31 sessions but with the new format contractors will be able to choose from among 39 seminars and workshops.

“This is very exciting time for Pavement magazine as we expand and upgrade this conference and trade show,” Schwandt said. “Cygnus Business Media has always been a strong supporter of the paving and pavement maintenance industry and this is another effort to give the industry what it wants. We have received great support from the industry over the years and early responses from contractors and exhibitors indicate these changes have enthusiastic industry support. There’s a lot of energy out there and we think this redesigned show will tap into it.”